It begins with the hawks, though I know the bald eagle was more your totem. You thrilled to the soaring solitude of broad, brown wings and the glimmer of white-feathered head, to that muscled, regal swoop. 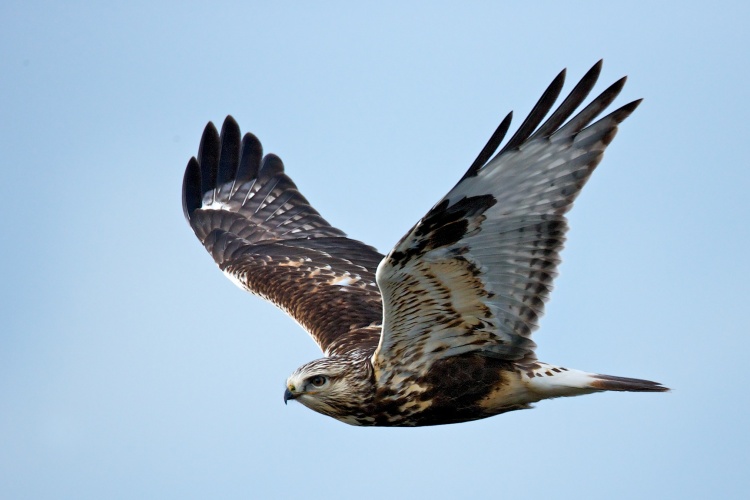 But you were moved, too, by the assuredness of hawks, by their swift, feral grace, and I think of you whenever I see one, as I do several times in the weeks leading up to this day. On my drive to and from work, they dive low, just enough to pull me from my meandering thoughts, a messenger’s flash against the sky. I follow their ascent, watch their circle dance above the trees, and all the while something of you leans in, whispers to me from a dissolving distance. Perhaps I am only unfolding a myth, have become the kind of imaginative storyteller born of loss and longing, scavenging for every sign in the blank and breezeless quiet.

For it is April, the month we lost you, and I cannot accept coincidence. I need to feel you near, need it more than I ever have. Because finally there is space — to hold you, to feel the long, bruising length of what was stolen from our unsuspecting lives. It is not that I haven’t missed you, haven’t mourned you these last five years.

I can still remember standing on the sidewalk outside a Mexican restaurant with my dearest friend, as evening descended around us and I shared the news I had just heard. I was worried, scared, but determined to have hope — and if not hope, then months, to spoon all of our love into every aching hollow. To make each moment a banquet of good and tenderness. The cancer gave us only three days.

I shattered, floundered under the weight of my first true intimacy with death, with the kind of unplanned departures, indiscriminate and immeasurable, that dismantle everything about the everyday. But mostly, I walked around with the rattle of my mom’s anguish. 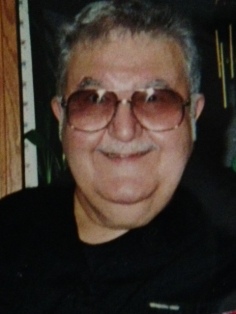 You had loved her for 18 years, and I watched you adore her. Learned from you what it meant to have kindness and thoughtfulness from a man who puffed with pride beside the woman whose heart blazed in his eyes. You carried her like a song, your words, your every gesture lifting her name in praise.

And I grew to love you because you loved her. Slowly began to unbatten my wariness, my reservations, to let you in without letting go of my dad. I didn’t want he and I to lose our way, as bungling as it was, and you understood that before I could even articulate it to myself. You loved my brother and me without expectation, and in the arc of your generosity I began to think perhaps, just maybe, you had come to save us all. After the brutal razing of my parents’ marriage, you had come to help restore our faith, to help patch our brokenness.

But when we lost you, all I could think was what would my mom do without you. I wanted nothing more than to slash away her sorrow, peel back a pain I couldn’t begin to fathom. I wanted to push her through to the other side. Knowing none of these things were mine to give, I was simply there, however and whenever I could be.

My stories of missing you became stories of us missing you. My wanting to feel the press of your hand, hear the warmth in your voice wrapping around my name were reminders of your devotion to her. My heartache became something I could tuck away, a sadness and anger that could breathe in another time, another place, that needed less tending than all my mom had to endure. I wanted to meet her famine with an immensity of love.

Still, over time, I believed I was healing, losing the sting to a more easily retrievable comfort. I knew you were OK. I even dreamed of your contentment. And I could think and speak of you with flashes of unstained joy. But I could never fully unpack the weight of your absence, delve into the layers that brought you to me with all of my unfinished wishes for all that we could be.

I never had the chance. Almost 18 months after you died, I lost my dad. Again, cancer. Again, despite his own battles with illness, a swift and sudden goodbye. My life became a map to find my way back to holding him in only the love with which he left. The work of grieving him was messy and long. I probed years of scars and silent yearnings, and when, less than a year after he died, my romantic relationship was thrown into crisis, I collapsed into the chasm of my heartache.

My partner and I didn’t make it. In the turbulence of mourning my dad, I began to mourn him, and our severed future, too.

I can say that I have since moved on, but that is for those who believe in facile resolution. What I do know is I am ready to love again, and that I carry my father with me, cut loose at last from all that snared us in our earthly journey.

I am not immune to pangs of sorrowfully missing him or to being hurtled back to his hospital room in those hours of waning light. But after recently celebrating my first birthday since his passing where I was not hounded by sadness, I feel I have absorbed him into my being in a way that keeps him a supportive, reassuring presence.

But you — I do not know where to place you, or even at times where to find you, though you make yourself known. In Johnny Cash songs and birds of prey and sayings that dance in my head.

Now, on the five-year anniversary of your death, you are closer than you have ever been. In the tears that fall. In the winepress of memories and ordinary moments.

You’re with me during yoga, when my teacher talks of the things we hold onto for too long, encourages us to leave them on the mat. I think of my regrets: the Saturday morning breakfasts I skipped because I preferred to sleep in, the dinner I never made you after moving into my own place, the guitar lessons I didn’t take from you though you offered me 10 for free. And I am grateful for the darkness and the heat as my tears pool with my sweat.

In the supermarket, I practically stalk a Native American gentleman shopping with his wife. When I first spot him in the produce aisle, with the feathers in his shag of hair, the pelts of fur at his waist, and his fringed shirt, I have to stop myself from staring. He grins at me and I smile back, feeling a rush of hunger to connect. I convince myself he’s a sign. The cucumbers and kale swim before me in an achy, hopeful mist.

Later, I see him at the checkout and move to stand beside him, though he advises me I’d do better in the 12-items-or-less lane since the lady in front of him is having coupon troubles. He laughs as he says it and though I glance at the next lane, I remain behind him. My eyes can’t stop following him, though I try to be discreet. He repeatedly catches me but only smiles, a kind, generous crease in his honey-brown face…And I think, this is you. Not the you who left us. Not the you who first came to us. But the one who’s taking up all this space inside me now.

I want to reach out to the beautiful stranger, launch us into a conversation…ask if he, too, is Cheyenne, though you were never that flashy, wore that part of your heritage in tendons and fibers that fanned you to the four winds. But my tongue stalls and I am again fighting tears. This time I let them shimmer as his eyes meet mine. I see you.

I summon the words to speak, when an elderly Chinese man standing behind me asks how I cook my beets. Soon we are in a discussion about boiling versus roasting, pickled versus plain, too sweet versus sufficiently salty, and even the cashier chimes in.

By the time I make it out the door and into the parking lot, the couple is gone. I am momentarily bereft. Then, I begin to feel an expanding lightness, a soothing rinse of gratitude.

I will hold you close, even though it hurts. Let you find me, even as I look for you. We will at last travel this journey together, you and I, under this same sky.

8 thoughts on “Five years later, this loss is settling in”

Join 1,027 other followers
Follow The Traveling Light on WordPress.com